You are here: Home > Books > My Maths Buddy

MY MATHS BUDDY: The Easy Way To Learn Maths

MY MATHS BUDDY is a UNIQUE maths dictionary developed to overcome the problem of failing maths education in South Africa. It provides an easy way to understand maths, developed using a specific study technology proven to increase a student's abilities and intelligence.
My Maths Buddy at a glance:
Add To Shopping Cart
My Maths Buddy
Easy-To-Understand Maths Dictionary
R 330.00
ADD TO CART
Why Is "My Maths Buddy" An Easy Way To Learn Maths?

This evolutionary new Maths Dictionary can help children and students easily understand and improve their mathematics results faster and with less cost than regular tutoring.

1. Get a picture of a house in your mind.

2. Ok. Now in your mind build a wall around this house.

3. Now, imagine building a dub in front of the house.

Oops, did you lose your picture?
It seems to be quite simple. “If only I knew what a dub was, then I could build it!”
Well, if you find out and understand that a ‘dub’ is just an old Scottish word that means ‘pond,’ like a fish pond, the problem is solved and you can build it!
This is THE POWER OF WORDS! If you understand the words of a language you can speak that language. If you understand the words of a subject, like for example Maths, you can understand that subject, be able to think mathematically and APPLY it!
This is how My Maths Buddy makes it easy to learn maths!
Now imagine how many words are encountered every day in a classroom that a child or student doesn’t understand or doesn’t fully understand, especially in Maths class! What happens to them at that moment? They lose their attention and then their interest in the subject and become quite irritated (as you may have done when I started talking to you in a foreign language). And the next thing you hear from the child or student: “I don’t really like maths.” Or even worse: “I hate maths!”
But if the child or student makes sure they really understand the maths words (or terms) then they will be able to easily understand and apply maths and this subject will become interesting.
By using this maths dictionary they will be passing their exams with flying colours!
How does it happen in class or on study? 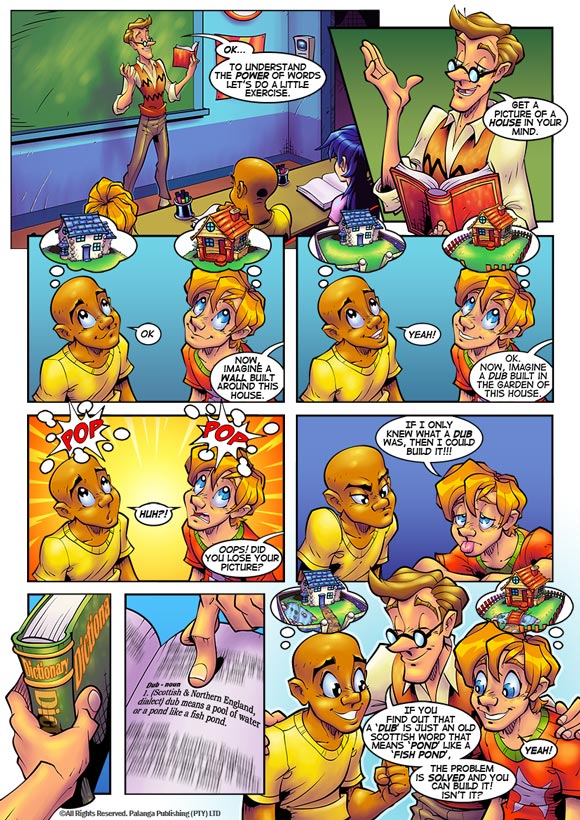 The same happens in class! If a learner doesn’t understand a word ‘fraction’ for example, he wouldn’t be able to deal with fractions effectively!
How To Easily Understand Maths: Let’s get to the core of a problem...

In almost 100% of cases it is found that the reason behind a child or student’s failure or difficulties with Maths is maths terms that are either not understood or not fully understood.

A teacher can pile more and more information onto a child or student trying to teach them Maths and give them lots of homework that can take hours to do. A child or student can attend extra classes spending more and more time and money that could be spent on something else. BUT... if they don’t easily understand maths terminology they won’t get too far in understanding Maths and succeeding in it.
You may think memorising everything just to pass the exam will be an easy way to learn maths but that method doesn't give you any real understanding of the subject. This parrot method doesn't help in the real world when needing to actually use what was "learnt". You will have wasted years of education and reduced your chances of a successful career. Isn't it better to be smart and succeeding in life?
If a child or student understands Maths terms - using an effective Maths dictionary to learn maths easily - they will SUCCEED! My Maths Buddy is the EXACT TOOL NEEDED to achieve that and make it EASY TO LEARN MATHS!
Add To Shopping Cart
My Maths Buddy
Easy-To-Understand Maths Dictionary
R 330.00
ADD TO CART
Spread some health and happiness...
Sign-Up To Get Our Latest News and Special Offers!
Receive our newsletter with our latest health news, health tips, and SPECIAL OFFERS.
Back to content